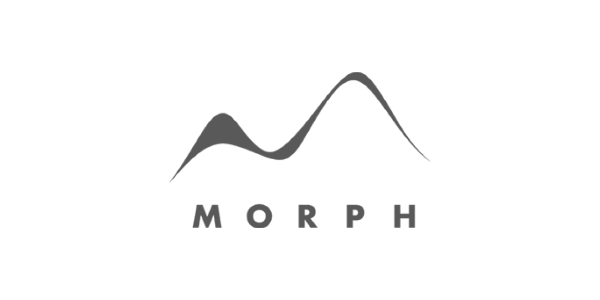 Thanks to WorkMeter, we have accurate information on work time and productivity. We have very useful metrics for sizing projects or resources and we have reduced time allocation costs by around 80%.

Measuring very well the time and resources allocated to each project is vital to avoid organizational misalignments and losses for the company.

Designing unique and sustainable cities, spaces and buildings. That is the mission of Morph Estudio, a Madrid-based architecture firm that has made a multidisciplinary approach its hallmark. A team of 100 professionals, including architects, landscape architects, engineers and quantity surveyors, combine their skills to give their projects a diverse and, at the same time, unique stamp.

The variety of professional approaches in Morph Estudio brings richness to each of its projects, but also complexity when it comes to reporting and managing them internally. And when a company works by projects and, in addition, its professionals participate in several of these jobs throughout their working day, measuring very well the time and resources allocated to each of them is vital to avoid incurring in organizational misalignments and losses for the company..

In 2018, the company decided to give a new impetus to the management of its projects in order to gain control and efficiency. "We had a manual allocation system that depended entirely on the personal feelings of each technician. At the end of the day, each professional would write down the time that, according to his subjective estimate, he had spent on each project,"recalls Ignacio Frías, its Finance Director and Construction Management Coordinator. It was a system that was not very reliable and resulted in striking imbalances, depending on who made the assessment. "There were projects with many hours counted and others in which it seemed that hardly any work was done. And these measurements varied greatly from one consultant to another. We knew that these records were unrealistic", he says.

The change came with WorkMeter. We were approached to develop a tool that would automatically allocate work hours to each project", says Frías. The solution not only added rigor and objectivity to the counting of hours, but also solved two other problems. On the one hand, it freed the company's professionals from having to "steal" time from their main tasks to record the hours they had spent on each job. On the other hand, it allowed the company to comply with the legal obligation to record its employees' working hours.

The solution was a good fit, although its implementation took a process. To begin with, a code was assigned to each of the different types of documents generated by the company. These codes are what allow the program to automatically calculate the imputed times.The beginnings, however, were laborious because the company had installed another platform with other functionalities, and inevitably there were overlaps and mismatches during the transition time between systems.

There was also some reticence among the staff. "Changes always arouse some misgivings, that's normal. In our case, there were people who didn't give it any importance and welcomed it naturally, and others who didn't like it because they had the feeling that the company was controlling them. But as soon as the system was fully operational and they realized how it helped them to self-evaluate their own work, their assessment was positive," recalls Frías.

The adaptability of the solution is one of the aspects that Morph Estudio values most.

"It's a very open and flexible tool, on which improvements can be constantly worked on thanks to WorkMeter's great parameterization and development work. If we want a change and it is technically feasible, they implement it very quickly. Right now, the platform is above 80% in terms of meeting our needs," says the executive.

Morph Estudio's ad-hoc solution is a combination of two of WorkMeter's tools: EffiWork and WorkProject. For Joan Pons, CEO of WorkMeter, the most difficult part of the project was precisely this customization work to adapt the solution to the client's specific needs. "There was a process of getting to know each other and also of evangelizing the benefits of automatic reporting. Both parties had to exercise patience and mutual trust". The result of this joint work is the configuration that today allows the architectural firm"to have a high degree of precision in the automatic measurement of projects and to enjoy the advantages of a culture of metrics and flexible work," concludes Pons.?, concluye Pons.

The implementation of these reporting systems has not only met Morph Estudio's expectations, but has also brought some unexpected pleasant surprises."Thanks to the solution, we have an exact control of the use that our collaborators make of the company's different computer programs, very valuable information that helps us to size our software investments very precisely,"says Ignacio Frías. Another of the additional advantages has come with confinement and the obligation to remote work."The measurement systems have allowed our people to continue working from home and to do so safely. For example, thanks to alert systems, which warn the worker that he or she has already exceeded a certain number of working hours, thus facilitating the necessary digital disconnection of collaborators.".?

As points for improvement, Frías says that it would be very positive "to integrate the project management system to the costs, to have that total valuation in real time and thus become a CRM for the economic control of projects". The final assessment of the service? "Very positive," he says."Because it offers accurate information, both to the company and to the worker, on work time and productivity, provides very useful metrics for sizing projects or resources, and reduces time allocation costs by around 80%"..?

Morph is a group of companies backed by 100 technical specialists in Architecture and Engineering, led by architects César Frías Enciso and Miguel Pradillo Cendón, with extensive experience in the development of unique buildings. Morph has innovation as its flag, Morph is synonymous with customer orientation from creativity, and relentless pursuit of that elusive creature that is excellence.

Discover what WorkMeter can do for your organization

We explain how our product can help your company.

This website uses cookies so that we can provide you with the best user experience possible. Cookie information is stored in your browser and performs functions such as recognising you when you return to our website and helping our team to understand which sections of the website you find most interesting and useful.

Strictly Necessary Cookie should be enabled at all times so that we can save your preferences for cookie settings.

If you disable this cookie, we will not be able to save your preferences. This means that every time you visit this website you will need to enable or disable cookies again.

Please enable Strictly Necessary Cookies first so that we can save your preferences!