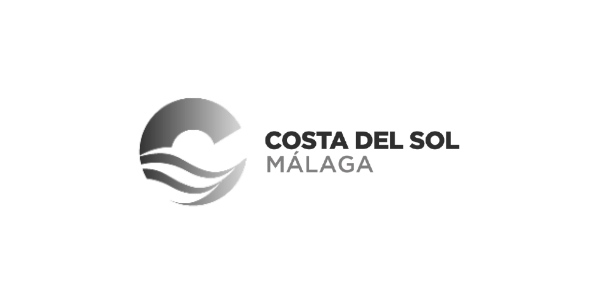 The well-deserved fame of the Costa del Sol as one of the most attractive and important tourist enclaves in Spain and Europe is not only due to the excellence of its beaches, the beauty of its landscapes or the hospitality of its people.

Behind that powerful brand is also the hard work of a public company, Turismo y Planificación Costa del Sol, whose purpose is precisely to promote the province of Malaga as a tourist destination and support the growth of its economy through various projects with public entities and private companies. Dependent on the Provincial Council of Malaga, the company is the result of the merger in 2015 of two entities: the Society for Planning and Development, SOPDE, and the Costa del Sol Tourist Board.

A union that involved integrating under the same name a joint staff of almost 70 people with different methodologies and lines of work. It was an organizational challenge that forced those responsible to find solutions that would help them better manage these professionals and obtain reliable data on their activity.

The solution came three years ago thanks to WorkProject.

Rojas had already had a positive first contact with the application in its early stages, shortly after its release. But it wasn't until after the integration of the two entities that it became clear that they needed a more professional tool that would bring order to their way of working."We had the problem that one part of the company used a project manager to which the time spent on projects was imputed, and another part that did not. With WorkProject we have been able to homogenize the allocation of hours through the same application."?.

?WorkProject, assures this manager, has been a before and after when overcoming the old control systems that the company used. “Previously, the supervision of data loading was based on the opinion of the management of each of the departments. As for the imputation of the times, it was made from the notes made by the employee, which lent itself to all kinds of inaccuracies and human errors”, explains Juan Carlos Rojas.

The solution came three years ago thanks to WorkProject. It was precisely the need to objectify that process, in order to make better decisions based on data and not subjective impressions, which led the company to implement WorkProject. ""Time allocation to projects is done based on automated rules and processes. It's much more reliable."", concludes the director of Operations and Management Control of the Malaga public company.

The change brought about by the use of WorkProject in Tourism and Planning Costa del Sol has been gradual. "The technology must be introduced in small tablespoons", recalls Rojas. Especially since, regardless of the complexity of an implementation of these characteristics, any novelty generates certain misgivings at the beginning that must be overcome.

?"There is a process of adaptation. There was some resistance to change, which has gradually been minimized. In addition, the application has the advantage of being quite easy to install and configure. In that sense, we were and still are greatly helped by the excellent availability of the WorkMeter team to help us with the implementation of the application," he says.?, dice.

?One of the aspects of the tool that Tourism and Planning Costa del Sol values the most is being able to analyze the time that employees spend on the different applications of their PCs. Adjusted and real-time information that is allowing the company to improve its organizational processes.

The complete monthly reports and the support received by the WorkMeter team are other of the most valued points of service. “I would say that the application has been adjusted to our needs by 90%. And we are already working with WorkMeter on some improvements that we believe can be implemented to reach 100%", indicates the manager.

Rojas commented that some people are surprised that a public company uses such an exclusive and complete tool. But, remember, the search for excellence and organizational improvements are not the heritage of the public or the private. "I would recommend WorkProject to all companies that want to have a clear and objective view on what their teams do and on the allocation of time to projects and the applications used for them. We were greatly helped by the excellent availability of the WorkProject team for the implementation of the application.".?

?Would you say they have improved with the application?

?"We have a lot of data that shows that improvement", he says. Although, perhaps the main one is that of the paradigm shift that involves incorporating the measurement concept itself into the daily operations of a workforce. "Because", concludes Juan Carlos Rojas, "nowadays an application that allows you to analyze data objectively should already be categorized as a great improvement"..?

Turismo y Planificación Costa del Sol, S.L.U., is a public company of the Diputación Provincial de Málaga, born from the merger of the Sociedad de Planificación y Desarrollo, SOPDE and the Patronato de Turismo de la Costa del Sol, to promote the province as a tourist destination and support the growth of the economy, designing and executing projects at the service of private companies and public entities.

Discover what Workproject can do for your organization

We explain how our product can help your company.

You can find out more about which cookies we are using or switch them off in settings.

This website uses cookies so that we can provide you with the best user experience possible. Cookie information is stored in your browser and performs functions such as recognising you when you return to our website and helping our team to understand which sections of the website you find most interesting and useful.

Strictly Necessary Cookie should be enabled at all times so that we can save your preferences for cookie settings.

If you disable this cookie, we will not be able to save your preferences. This means that every time you visit this website you will need to enable or disable cookies again.

This website uses Google Analytics to collect anonymous information such as the number of visitors to the site, and the most popular pages.

Please enable Strictly Necessary Cookies first so that we can save your preferences!